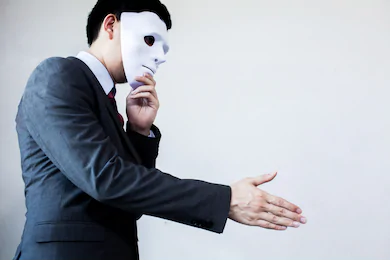 Honesty and Ethics testing, also known as “Integrity testing” started back in the ’80s when companies and managers noticed there is a need for predicting behavioral patterns at work. Integrity tests were first called the paper and pencil honesty tests because they were written as the name suggests, with paper and pen. Paper and pencil tests are made as an alternative for polygraph testing because of  EPPA (Employee Polygraph Protection Act) legislated on December 27, 1987.

Integrity tests raised a lot of questions, and one of them is ethics. Integrity tests are used in the preselection process and they are mainly used for predicting risky behaviors and counterproductive work behavior (CWB), such as stealing at work, aggressive behavior, etc.  But, is it really fair to reject a candidate based only on a possibility? This question concerns validity and reliability.

When we think about the reliability of a test in general, there are two things you take in count, consistency, and stability. For internal consistency reliability studies have shown correlations above 0.85 for Personnel Selection Inventory (PSI) and 0,86 for ICES Compliance scale when measured on a sample of data from 458 (Van Iddekinge, C. H., Roth, P. L., Raymark, P. H., & Odle-Dusseau, H. N;  The criterion-related validity of integrity tests: 2012)  And regarding stability, research also shows that rates are similarly strong with reported values of 0.91 on the PSI.

Based on these findings, we can definitely conclude that integrity tests have an acceptable level of reliability.

The Sackett et al. (1989) review noted that research had shown a substantial correlation between integrity tests and social desirability

Cunningham (1989) constructed an integrity motivation scale to measure self-presentation strategies of (a) out-guessing, (b) test minimization (casual attitude toward the importance of test), and (c) dishonesty legitimization (dishonesty as the norm) (Sackett, P. R., & Wanek, J. E.. New developments in the use of measures of honesty integrity, conscientiousness, dependability trustworthiness, and reliability for personnel selection. 1996).

Other authors also suggest writing less obvious questions, that sometimes look like they are not really related to a subject, but the problem with these types of questions is they often get too personal, and that could negatively affect candidates.

Another solution is, combining integrity tests with cognitive tests, which could ameliorate the prediction of behavior.

Integrity tests are probably the best solution for most of the companies because they can be done with paper and pen or on a computer. The good thing is, a researcher can test multiple candidates at the same time, so they are not time-consuming. Also, for conducting integrity tests, there are no additional necessities needed, only candidate and test itself, and that is really economic compared with other types of tests like biodata.

Overt integrity tests (clear-purpose tests) – this test measures inclinations towards contra-productive work behavior like substance abuse, workplace aggression, sabotage or absenteeism. Overt tests are pen and paper tests, usually split into two sections, the first section measures attitudes toward CWB and the second section examines the history of participating in CWB.

After reviewing nearly 300 studies provided by research publication and test publishers, the overall conclusion reached was that “for those few tests for which validity information is available, the preponderance of the evidence is supportive of their predictive validity” (Goldberg et al, 1991, p.26). Wanek (1999), in his review of the utility, reliability, and validity of integrity tests, concluded that they were useful, reliable, and valid

Personality-oriented tests (Covert Psychometric Integrity Tests) /covert – not openly acknowledged or displayed/ – As the name suggests, these tests are focused on the personal characteristics of a candidate that are believed to be a part of the same construct as CWB.

Most of the tests are computer scored by the author of the test or scored automatically on site. After scoring is completed, employers receive feedback about candidate’s results, details and formats can vary. Usually, results are published as a report of scores on subtests and total score. Publishers of overt tests generally report standard scores in terms of risk levels. Most of the publishers provide cut-off scores to employees in some form. (Wayne J. Camara and Dianne L. Schneider).

Research agrees that integrity tests are valid and they can be used for forming an idea about a candidate and future employees. With that in mind, every publisher, psychologist, and the author has a responsibility to make sure his test is reliable.

We made a lot of progress in this area of Organizational psychology, but there is plenty more to do and improve. We are obligated to know what is lacking and what are the disadvantages of integrity tests and before using a test to give a details explanation of indications that the test has and what are limitations. Integrity tests are imperfect measures but most efficient and economic for companies and recruiters.