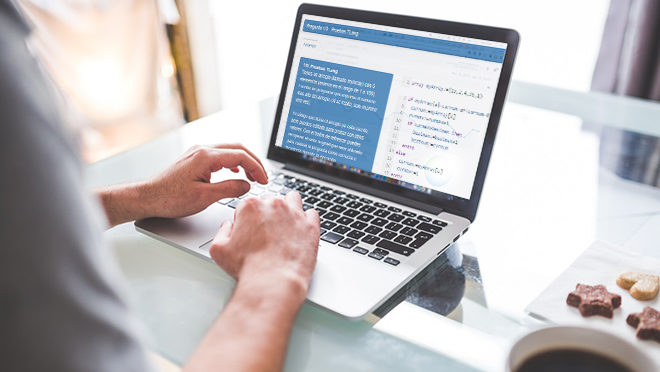 Selection processes for evaluating and selecting developers tend to be longer and more complex than others. One of the challenges in evaluating candidates for these positions is ensuring the candidate’s technical competence. Written technical evaluations are often used, as well as technical interviews. Technical interviews are also useful. But, since they require valuable resources to be allocated, they cannot be applied to all candidates. Written tests are then used to pre-screen candidates, but these tend to present several problems too.

Written tests to assess developers are usually questionnaires focused on technical knowledge. The problem with these questionnaires is that they are not very effective for measuring programming skills. Often, the questions included in these tests require knowing commands or expressions of the language by heart. This may prove the candidate’s exposure or experience on the particular programming language tested, but not the skill with it. In fact, it can happen that a developer has been working with a language for years, and is very competent with it, but cannot remember certain commands. This happens because the candidate does not use all the commands in their daily life. It is a bit like wanting to know if someone is a good writer by asking for random definitions from a dictionary.

This is where an online programming test tool can make a big difference. There are online platforms that allow developer candidates to write code. And, the same platform, automatically evaluates them. For example, a question might be to write an algorithm that ranks an arrangement from highest to lowest. The platform evaluates the code written by the developer in various scenarios and assigns a score. Since everything is automatic and online, it is possible to assess dozens of candidates with very little effort. With this type of testing, it is possible to reduce a pool of candidates by up to 80% so recruiters can focus on 20% with better performance.

The pre-filtered group can then go through a more traditional selection process to make the final decision. Although the use of online platforms to apply practical programming tests is not yet widespread in Latin America, they are widely used in the United States, India, and Europe due to their great effectiveness.

Evalart is one of these online programming tests platforms and, also, has support in Spanish (one of the few in the Spanish-speaking market that offers it) and in English. It is possible to try it for free for one month up to 10 evaluations and also includes other useful tests during the selection process (English, personality, leadership, Scrum, among others). If you want to try Evalart for free for a month you can do it now by following this link: Try Evalart Free for one month.