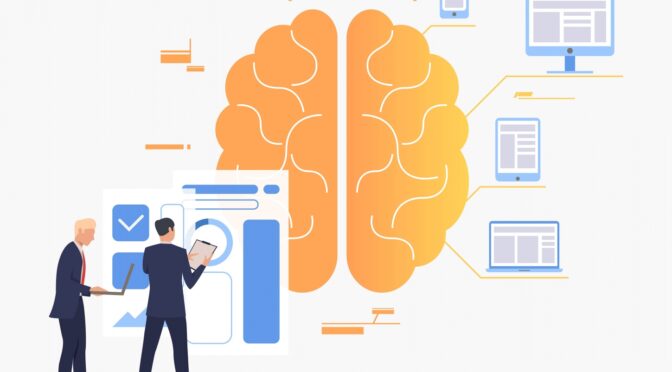 Desculpe-nos, mas este texto está apenas disponível em Inglês Americano y Espanhol Europeu. For the sake of viewer convenience, the content is shown below in this site default language. You may click one of the links to switch the site language to another available language.

The Kostick test allows the analysis of the applicant in the performance of their position and obtains their psychological profile. It is estimated that approximately 10% of recruiters use this test.

The test evolved while retaining its basic structure. There are two versions of the PAPI. One of these versions is based on selecting one of the two statements that best describes the applicant, although both statements are not always related.

The other version has the purpose of evaluating on a scale of seven values an affirmation related to the work or professional environment.

Recently, a third version or variant has emerged, derived from the first two and specifically applied to more advanced problems.

The objectives of the Kostick test are identifying the defects and qualities of the applicant as well as the specific traits of their personality in order to validate their profile both at the time of hiring or for their internal development.

Application of the Kostick test

The test takes approximately twenty minutes. The selector can propose up to 126 statements to choose or qualify. It can be applied from the age of 16 and analyzes the person’s behavior in the workplace. The test does not use specific or technical vocabulary and stands out for its simplicity.

Like other similar tests, the Kostick test can be applied collectively or individually. Another advantage is that the test can also be applied to get a clearer picture of the employees who are on the company’s regular payroll. In this way, it can obtain information about the potential that the employees could develop within their position in the organization.

Evaluation of the Kostick test

The interpretation of the test is laborious and requires a lot of work. When completed, the Kostick test offers results that determine the professional personality based on the questions raised.

The results are plotted on a pie chart made up of 22 scales (needs or roles scales), while the scales are divided into seven character traits that show specific personality traits.

The scales are organized by a group of factors and represented by a letter. Likewise, the notion of the role is presented, which is an important conception that adds an interesting professional dimension to the result.

The needs scales determine the desire to influence, attract attention, give opinions, interact, among others.

Role scales determine how you lead, detail, plan, control your emotions and pace yourself. The results, through the indicators, show the recruiter parts of their personality.

While the roles and the related scale indicate the idea that an applicant has of themselves in the work context (planning, attention to detail).

The needs and their scale indicate the drivers of a behavior (taste for the finished work, need to belong).

Factors of the PAPI test

The PAPI is a tool that can help understand administrative styles on twenty dimensions of behavior associated with job performance and is organized around seven general factors:

• Need to complete an activity or task

• Intense exercise in the execution of the task

• Claim to be notified

• Need to control others

• Need for supervision and support

Although the Kostick test is considered one of the best tests to determine the personality of a professional profile, it also has some reservations.

The insincerity of the subject

Some applicants may lie when answering the test trying to answer questions based on a personality they want to invent.

As a result, some candidates may hide flaws and be hired.

Encouragement to multiply facets of the personality

Although the Kostick test emerged more than 60 years ago and has been improved and modernized, its initial approach remains the same: separate the individual personality from the professional personality.

However, the current trend in organizational psychology is the combination of both based on the existence of a global personality and not several facets.

One of the questions raised about the test is that it maintains this limit and offers a multipolar view of personality.

While conduct may differ in a work situation, professional personality is a notion that may be exaggerated and even scientifically incorrect.

Given the complexity of the results and the multiple variations of the Kostick test, it is a personality test that can create confusion.

This instrument is very effective when it is adapted to its target but, how to compare candidates or employees who pass different versions of the test?

On the other hand, it is important to remember that this test has been tested, being one of the first generations of tests adapted to the business sector.

However, its limitations compared to preciser and stronger tests have begun to be known.

For example, some statistically validated tests, such as the BIG 5 and 16 PF, now have more consensus within the global scientific community.

We can summarize by saying that the Perceptions and Preferences Inventory test was originally designed for application in the labor sector. The test allows the analysis of the applicant in the performance of their position and obtains their psychological profile. It is estimated that approximately 10% of recruiters use this test.

The purpose of this test is to identify the defects and virtues of the applicant as well as the specific traits of their personality in order to validate their profile both at the time of hiring or for internal development.

Although the Kostick test is currently one of the most used by recruiters, it also generates some reservations, such as the complexity of the results, and its multiple variations, which, for some specialists, give rise to confusion.